Confused by your energy bill? Not sure what you are paying for? Interested to know some simple ways you can save money on your utilities?

Come along to an informative tutorial which will take you step-by-step through your bill and identify ways you can save.

If you wish to know what happens to the personal information collected by Council when you register for one of our events, workshops or programs, please view Council’s Privacy Statement. 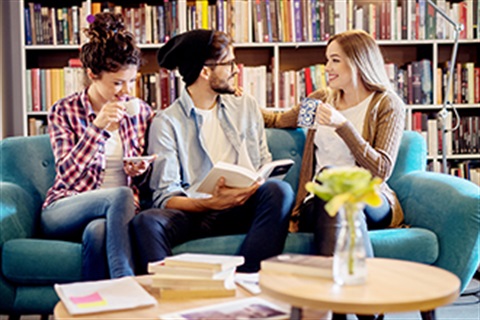 Have you ever read such an awesome book that you’ve wanted to share with other people? Then come join Sip & Share, our book club where young people can share thoughts on all their favourite books, authors and genres while sipping on a free hot beverage.

Health Talk – Food and your Mood

Join us for this free talk on the importance of balanced nutrition in mental health. Topics covered include:

Learn all you need to know when considering a solar power system to ensure you get a system that is best value for you and your household.

This talk from solar industry expert James Martin II will cover topics such as the different solar technologies available, the impact of shading, how to find a reputable installer, how to find the right size system for best value and recent developments in home power storage (batteries).

Grab this chance to explore one of Australia’s oldest buildings. Take an exclusive tour at the Dairy Precinct in Parramatta Park to delve into the site’s fascinating stories and uncover its historical, social and architectural importance to Australia.  Examine original construction details, including lathe and plaster walls, colonial brickwork and a shingle roof.

The Dairy Cottage is located on the site on the first Government Farm.  Built in 1796, it was home to George Salter, an ex-convict turned cattleman.  It later became part of Governor Macquarie’s Domain, now included on the World Heritage list.

Adults, families with children 7 and older